You are here: Home / Decluttering / Why I’m throwing my kids toys away

I’m taking the leap and starting fresh when it comes to toys.

I’ve made the decision to start again when it comes to toys for my kids.

I’ve noticed for a while now that the boys seem to play with the same three or so toys every day, but it wasn’t until last week when we walked into a toyshop and the boys asked to buy not one, but three separate toys that we actually already owned, that I realised things needed to change.

It isn’t so much that they have a lot of toys (although they certainly aren’t short of them), it’s more that they have quite specific and restrictive toys. They have many toys that are intended for only one purpose. They aren’t open ended or flexible, so when the boys go looking for something to play with, they only seek out a specific item for a specific purpose.

Now, before you send me emails about how horrible I am for even considering something so drastic, I want to reassure you that I’m not going to just randomly throw away their most precious possessions. I plan to start by boxing things up and categorising everything. I will leave out the most commonly used toys and scale everything else right back. The idea is that we will start with a fresh slate and instead of trying to reduce what we have, we will only reintroduce the things we really want.

I also won’t actually be “throwing” them away. I’ll be giving those toys still in good working order to charity and selling some of the larger items so we can invest in some toys better suited to our new direction. My intention is to start again from scratch, gradually adding in the things that we want the kids to play with, that are open ended, encourage creativity and allow for flexible play. I’m hoping to reduce the amount of boxes and instead aim to have toys “on display” to encourage the boys to investigate and play with a variety of things. 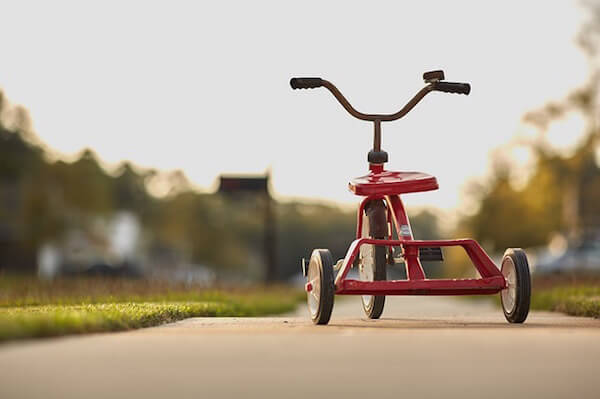 I want to focus on toys that are open ended and encourage creativity.

In terms of the types of toys I want to focus on, I’m aiming to reduce things that are plastic and easily broken and focus on things that encourage social and creative play. I’ll be collecting together animals, toy people and dolls, some cars and trucks, a bit of a “home corner” set up, books, blocks and dress ups and from there adding in things that allow for flexible creative play.

Part of the process will be creating flexible and simple toy storage that allows for open-ended play, easy packing up and gives the kids access to the things they need quickly. I’m on a mission to find toy storage options that will keep most of the toys accessible but still tidy and easily packed away. I’ve previously written about how I’ve stored toys using the Ikea Kallax range and some Ikea Lego Tables and Lego storage ideas and I’ll probably continue using Ikea products for toy storage due to their flexibility and affordability. I’d like dress up storage that allows them to see what is available rather than rummaging through a box and I’m going to try and move away from having things in big boxes.

So far I’ve started by collecting any large “character” based toys and selling these. The kids don’t regularly play with them and they aren’t flexible in the type of play they encourage so they were first to go. Next I got rid of a heap of soft toys and I’ve started reducing the quantity of various toy types (cars etc).

How to clear out the kids toys

If you’d like to give it a go and streamline your kid’s toys, these are the basic steps I will be following over the next week.

Remember, it is ok to rotate toys! You don’t need to have all animals out at once, group them by type and only have wild animals or farm animals out, rotating them each week.

Aim to have a smaller amount of stuff out and on display so that kids aren’t overwhelmed. My experience has been that the boys really only play with what they see so I’m hoping that by rotating their toys it will encourage more variety and creativity in their play.

I’ll be posting some more toy storage ideas in the next few weeks as well as updates on how the process is going. If you’ve got any ideas or you’ve tried drastically reducing your kid’s toys, I’d love to hear about it in the comments below! 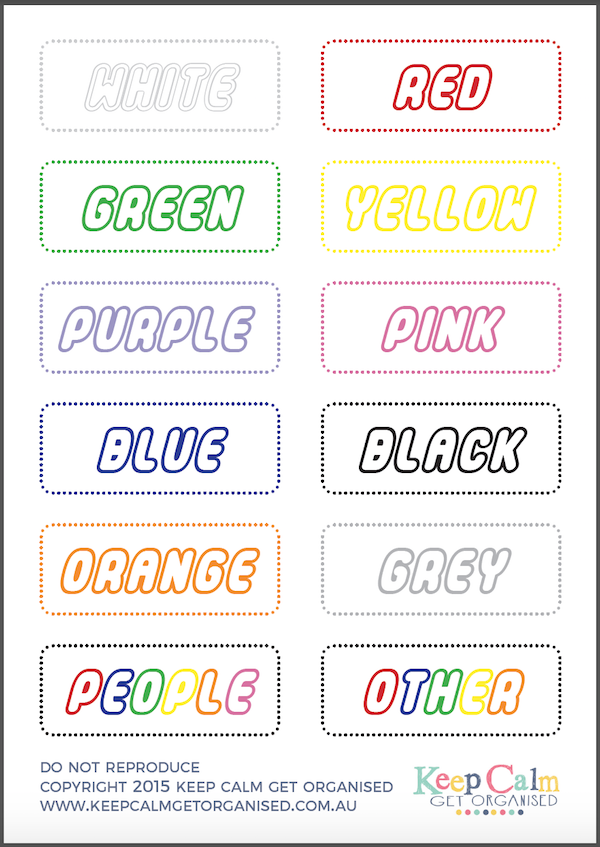 Would you likea set of FREE printable Lego storage labels?

Sign up to the newsletter to receive your FREE lego storage labels.

The labels come as a PDF and are ready to print as many times as needed.

They are perfect for laminating too!

Check your email for your confirmation.