You are here: Home / My life / Where have you been? An update! 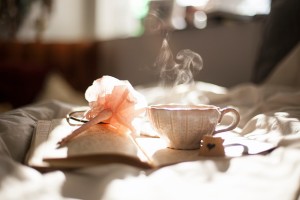 As many of you noticed, I’ve had a break from the blog for a few weeks. It wasn’t so much a planned break as one that was necessary for me and my family. I had planned for February to be a month on all things food. Meal planning, food organisation, recipe ideas, hints and tips for the kitchen etc. I have heaps of great ideas to share with you and I’d hoped to do this during the month.

Instead, our whole family came down with severe gastro (super fun) in the first week of February and this was followed by week after week of health issues. My youngest has been having countless tests and appointments to try and work out why he’s not doing some of the things he should be doing at his age (he’s 18 months now and still not showing any progress towards walking and has a few other issues that have lead us to do some investigating). So basically this month has been a blur of appointments, blood tests, hospital visits and specialists. He’s coped extremely well and is as happy and gorgeous as ever. Hopefully we will have some answers soon.

Because of all this I decided it was a good time for a break. I could have ploughed on, posting half-hearted articles that really didn’t live up to what I had planned for the month but I decided instead to just take a few weeks to re-group and refresh. It’s been good. It was the right choice.

So… where to from here?

Well, I still have all the food ideas I had planned rattling around in my head and this month I plan to get them out! Instead of foodie February we are having meal planning March 😉

I’ll be posting roughly 3-4 times a week (rather than my usual daily posts) and sharing in between on Facebook, Instagram & Pinterest (if you don’t follow the blog on these, get to it!). I’ll also be hanging out in our Facebook group so come on over and join.