You are here: Home / Budgeting / The Cost of Private Schooling 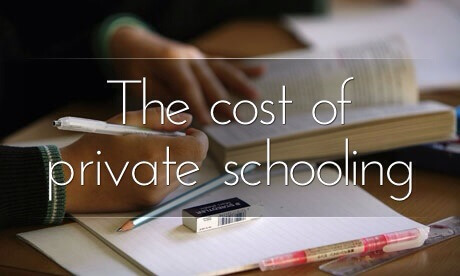 The type of private school you are considering will have a major impact on everything from how much you can expect to pay to when you need to put your name on the list. There are 4 main types of private school with a spectrum within each. Here I’ve outlined some of the information relevant to each type.

Elite Private Schools
These are the big, prestigious private schools that have been around for many generations. Generally they are based in large cities although some do have regional campuses. Many Elite schools are religious based but don’t require active participation of families in the religious community.

Fees for elite private schools are very high and this is part of what makes them so exclusive. Families can expect to pay upwards of $20,000 a year per student. Some Sydney and Melbourne schools have fees well over $30,000 a year. There are often hefty building fund levies on top of this. There is also the cost of “keeping up with the Jones’s”to consider!

Enrolments to elite private schools is often highly selective, either academically or socially. You need to be able to pay the fees but also have the right connections. Most elite schools have waiting lists from birth (or before!)

Newer/Smaller Less Elite Private Schools
These schools may one day fall into the “elite” category but they are generally younger and smaller that the large elite schools. They are often still quite expensive, particularly in capital cities, but generally aren’t as exclusive with acceptance of students. Many of these schools are religious but as for elite private schools, don’t require the family to be active members of the church.

Fees for these schools range enormously but generally they are in the region of $12,000- 18,000 a year with some more regional schools a bit lower than these.

Enrolments can be competitive but waiting lists are generally not more than a couple of years prior to commencing.

Catholic Schools
Some Catholic schools do fall into the Elite category but most are smaller community based independent schools. They are generally associated with a local parish.

Fees for catholic schools are generally the cheapest of the private school sector (with the exception of some of the elite catholic schools). They can range from just a few thousand a year up to $10,000.

Enrolments are mostly restricted to Catholic families who have children who are baptised as Catholic. They do take a nominal amount of non Catholic children. Active participation in the Catholic church is usually expected.

Community/Religious Private Schools
Some local schools are independent and run by either a large denomination or smaller community groups. Many are religious, often with a strong focus on the religious community.

Fees are generally comparable to Catholic schools, ranging from a few thousand up to around $10,000.

Enrolments are usually restricted or at least focused on students coming from families who share the schools religious focus. Community/non religious schools generally have a specific educational philosophy which again is a focus for enrolment.

Overall, the cost of private schooling varies enormously. You could pay upwards of $300,000 per child for a top private education (excluding additional costs such as uniforms, school trips etc) or as little as $50,000 at a small regional catholic school. One thing to consider is that a private education doesn’t guarantee success. Choosing a school that matches your child personality, strengths and needs as well as your families beliefs and budget is the wisest choice when considering schooling.

What type of school did you choose for your children (& where did you go yourself?) My children will be going to public primary school and a local community Christian high school.